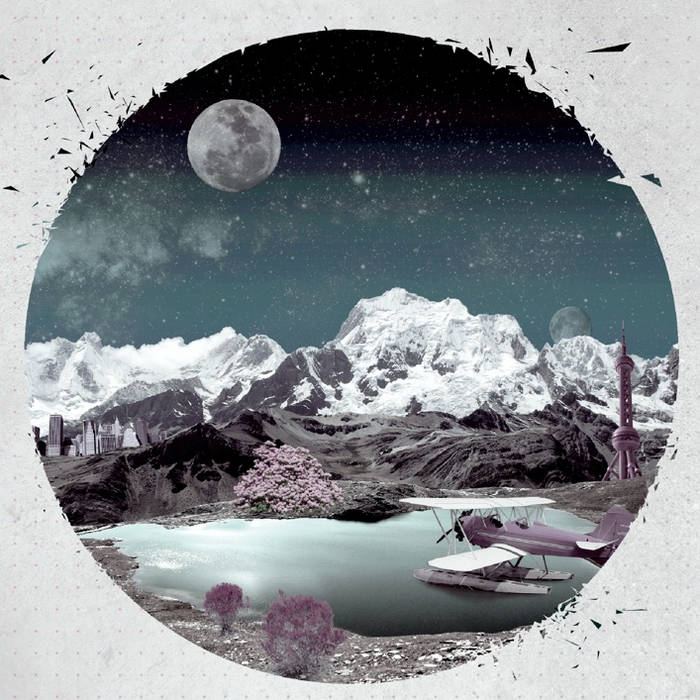 One of my proudest achievements, this album was a labour of love from beginning to end.

I was honoured to receive Debug album of the month in May 2012, as well as many superlative reviews. This download version, exclusively available here, features the two tracks previously only available on limited edition vinyl. And be sure to check the out-takes too, a 45 minute montage titled 'The Inertials 45 Dubmix' , also available cristianvogel.bandcamp.com/album/the-inertials-45-dub-mix.

Philip Sherbourne reviewed the vinyl for ResidentAdvisor:
"At the risk of sounding hyperbolic, I'm just going to come out and say it: no one in techno surpasses Cristian Vogel when it comes to sound design. Credit Kyma, LSD or simply his own brain and the ears that bookend it—most probably, a combination of all three—but the Barcelona-based musician seems to have the keys to a secret world of circuitry. That's certainly the impression you get listening to his new EP for Shitkatapult, which features two cuts from his new album, The Inertials, along with two unreleased tracks.

In terms of form and structure, the music isn't so far out there: "Deconstructions" slots neatly into the Basic Channel tradition; "Enter the Tub" recalls, on the surface, the dubsteppier excursions of Shed or Monolake. "Voidster" inhabits its dub techno skin with ease, while "Lucky Connor" faintly recalls Oni Ayhun's off-kilter arpeggiations. But if you can't hear past the level of structure, you're missing the whole point of the release. The ashen chords of "Deconstructions" might sound familiar from scads of dusky techno releases, but the timbres Vogel achieves, not to mention the yawning sense of space, are miles beyond the work of his contemporaries. His palette is unusually dynamic and unusually interconnected: it's difficult to tell where a given sound begins and ends. Instead, scrapes and plucks and thumps and twangs fuse into something at once hard and hazy, a rippling continuum perpetually reassembling itself in mid-air."


Boomkat review:
"Sick new album from Cristian Vogel, one which finds him reclaiming his throne as prince of offbeat techno and stylishly f*cked-up beat science."

Spanning over 25 years in the vanguard of European electronic music, his work has been acknowledged as an outstanding influence in the fields of composition for stage, club culture and studio. ... more

Bandcamp Daily  your guide to the world of Bandcamp

Kari Faux drops off her deluxe album 'Lowkey Superstar' plus tunes by Shunaji and Samplelov.